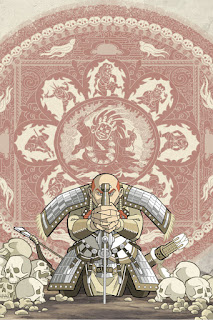 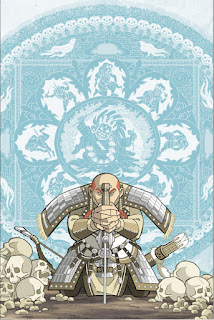 UPDATE: The polls are now officially closed. Red won the most votes, followed by blue in second place, a mild draft in third place, and fudge as the big loser. But I've decided to go with a third option: purple. Maybe it's the ghost of Prince weaving a funky, sexy spell over me, or maybe it's just because the combination of cool colors in the back and warm colors up front creates more depth and contrast. Either one. But thanks for voting! It meant nothing in the end. A bitter but sobering lesson for us all in this crucial election year. 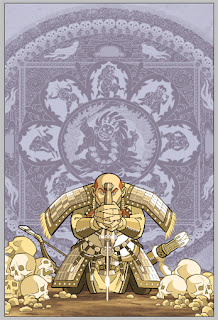 Posted by STEVAPALOOZA at 5:06 PM